Area Baptists had been assembling themselves together here prior to 1857. The history goes back to the time when Manning was a small village, being described as a small settlement along the Old Camden-Charleston Road named for John Laurence Manning, Governor of South Carolina from 1852 to 1854. The 106th session of the Charleston Baptist Association held at the Camden Baptist Church on November 14th-17th, 1857 officially admitted Manning Baptist Church to the association.

In 1861, although the church had its first pastor, it was still without a meeting place. A map of the town of Manning in 1875 and 1876 shows Manning Baptist Church at the same location as the present church. On November 22, 1896, a new church building was dedicated. A brick edifice with colonial design, which included the auditorium and education department, was completed in 1950. Following a fire in 1981, the building was restored to the former structure with a few necessary changes. The building remains the same today.

These surely are challenging times for our churches, country world. However, God is still on His throne!  He is still working through His children and His churches.

He has a future for FBC Manning.  Here is what He says in His Word.

“For I know the plans I have for you, says the Lord. They are plans for good and not for evil, to give you a future and a hope.”  Jeremiah 29:11

His promises are sure, His power is real and His presence is always with us.

The future for FBC Manning is exciting with God leading it! Let’s follow Him! 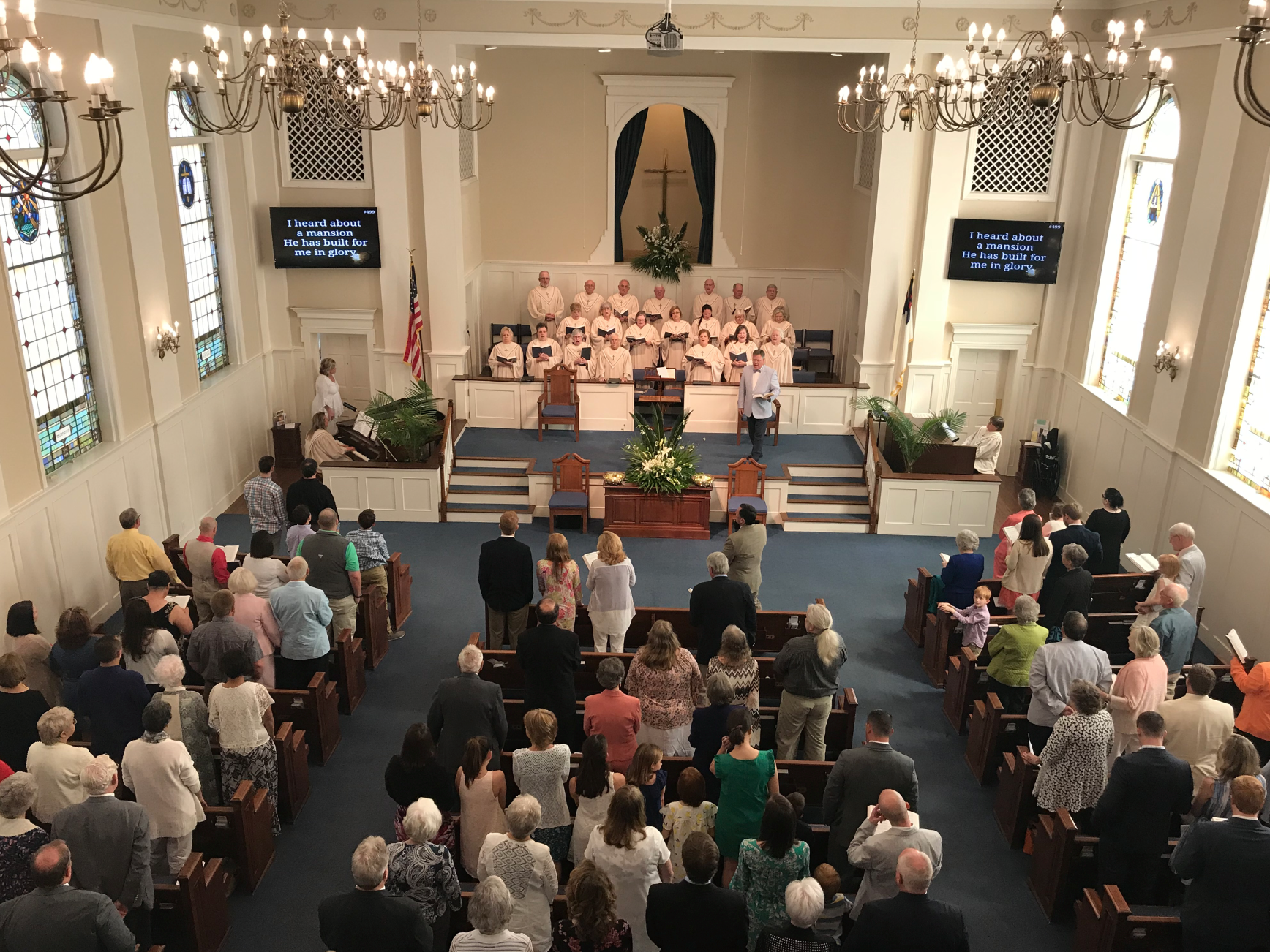 Our Beliefs
Our History
Our Services
Our Staff